Google Pixel 4A - Design, feature and all details - what is known about junior version of the 2019 flagship.

Google Pixel smartphones are valued by many users because they are made by Google itself, carefully optimizing its own Android operating system for them. The Pixel has been known from the beginning for its excellent software performance, and now it is also appreciated for its long support. Not surprisingly, the demand for Pixel is quite high even in countries where it is not officially sold, and the release of cheap Pixel is another confirmation of this. The other day it became known, what will be the new simplified Pixel 4A: in addition to the previously quiet characteristics was revealed another important point - the design of a smartphone. Now almost everything is known about the upcoming novelty, so you can look at it. 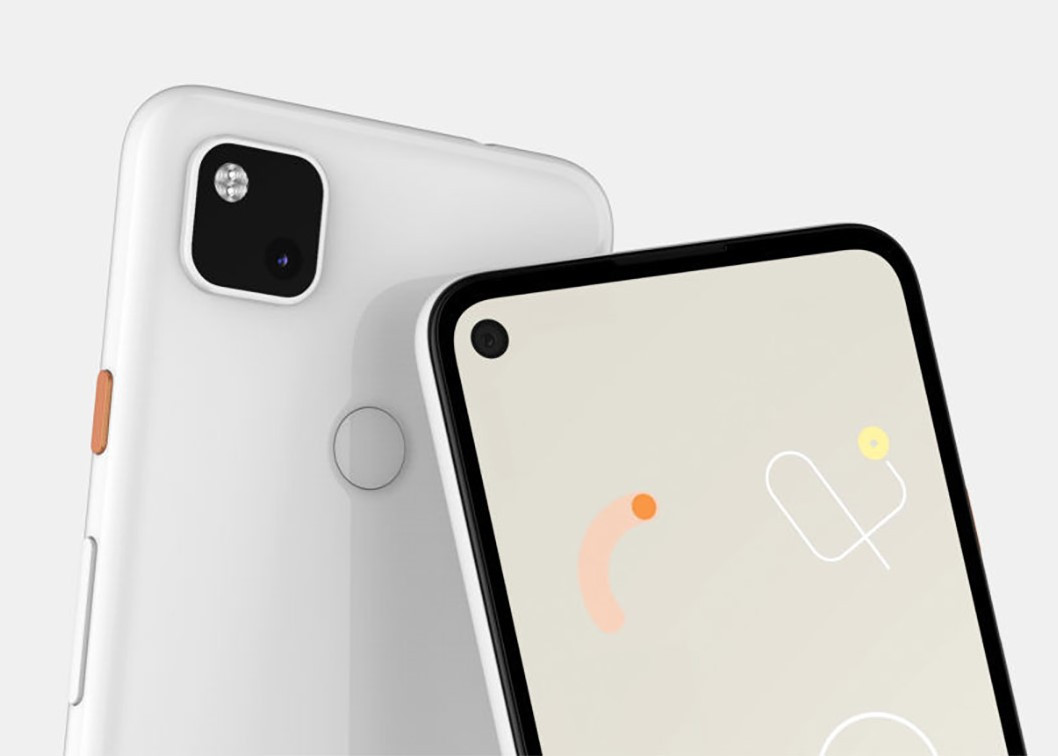 Google Pixel 4A - appearance of the device

Pixel 4A will be a simplified version of last year's flagship Pixel 4 and will preserve some of its flagship features. In particular, Google decided not to change the design, although in the form in which it is presented in the novelty, it does not represent any value. If you look at the back cover, you can see that it is plastic, and the location of the main camera for some reason left a large rectangular area. Why it was done, it is unknown, and if you compare the view of the back cover with the one in Pixel 3a, the 4-th is clearly here in the loss.

The front of the smartphone, on the other hand, is fine. Full-screen design with really thin frames and front camera located in the hole in the top left corner. Finally, the Pixel has lost the indents and the drop-shaped cutout. With that, the appearance of the device is ambiguous: everything is great from the front, but something weird and messy from behind. 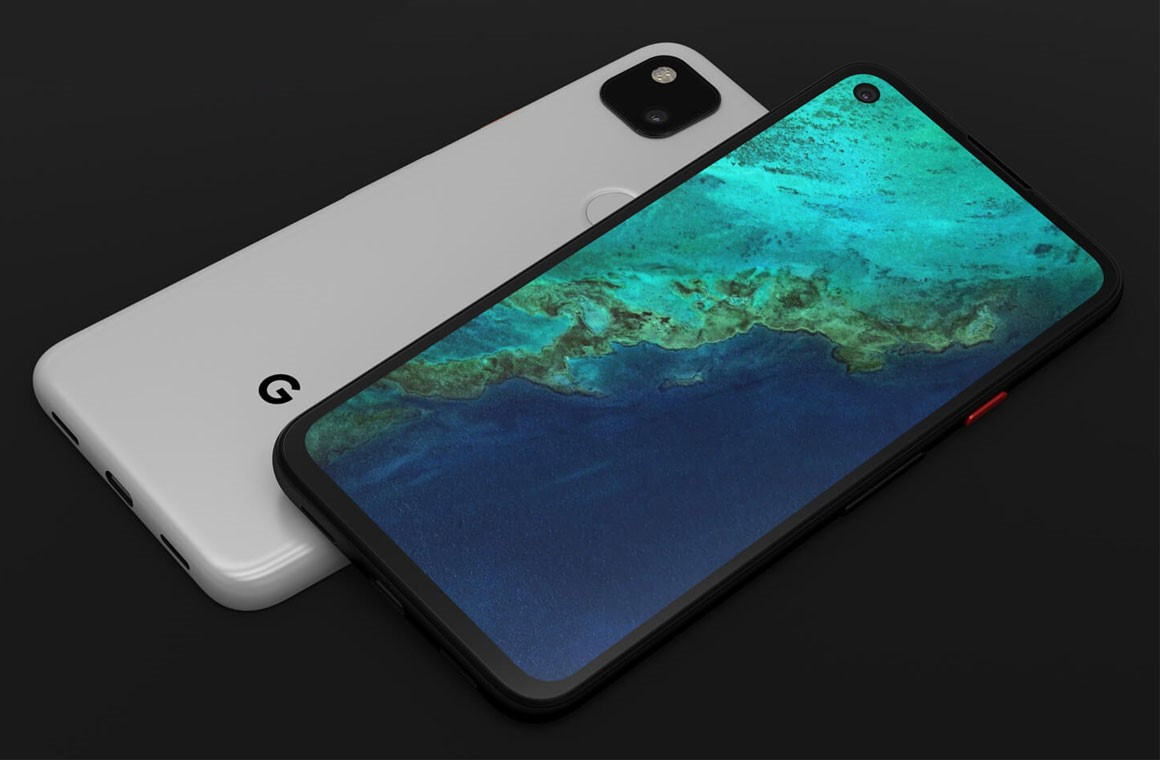 Google Pixel 4A - the main characteristics

Let's start with the screen - this is a 5.81 inch display with OLED matrix and Full HD+ (2340x1080 pixels) resolution. The small size of the display, paired with virtually no frames, suggests that the smartphone will be very compact. This is great news, as productive smartphones on Android are now very, very few. As for the refresh rate, the display will not produce more than 60 Hz.

Speaking of performance. With 99% probability the device will be equipped with a very solid chip Qualcomm Snapdragon 730, which has on board an Adreno 618 video accelerator, and will complement all this RAM up to 6 GB. Compared to other devices on the market, Pixel 4A does not have an outstanding "iron", but if you consider the deep optimization of Android for the parameters of Pixel 4A and long support, competitors immediately lose their advantages in the form of more powerful stuffing and other features. 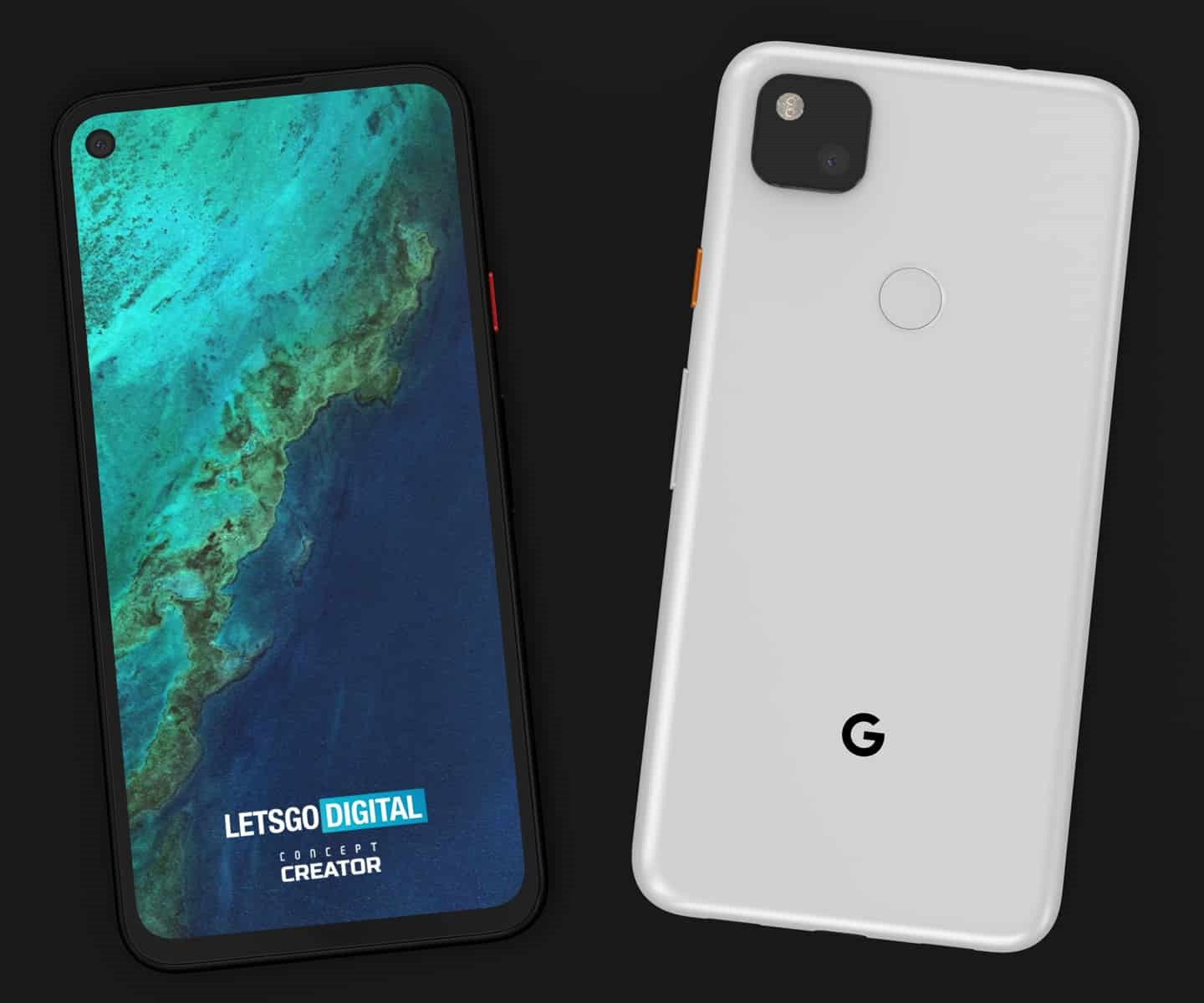 The main feature of Pixel 4A will be its camera. Obviously, even with a single photo module on 12 MP smartphone will be the best camera in the middle segment. Although if Google has installed in the device and a wide-angle module, the device would have no competitors. As the front camera chosen 8 MP photomodule with video stabilization support.

The smartphone will support 4G, Bluetooth 5.1, Type-C networks, and as an operating system will be Android 10. Alas, but a miracle in terms of battery life is not worth waiting for, as the battery capacity is only 3080 mAh and fast charging is not yet said a word.

Google Pixel 4A - comparison with Pixel 4

Pixel 4A is a simplified version of Pixel 4, but if you compare both devices, in some moments the flagship is even worse than its ground version. The first thing that disappoints Pixel 4 is its battery capacity of 2800 mAh. Although the Pixel 4A's battery isn't much bigger, the slight advantage of a weaker and more energy-efficient chip will allow it to live for at least 2-3 hours longer. The second is the flagship frame. It's big and it's strange to see it in a gadget of this size. If you look at both devices in front, it is very easy to make a mistake where the top solution and where the average budget device. Thirdly, Pixel 4A promises full support for two SIM cards, but Pixel 4 can only offer SIM paired with eSIM, which is supported by a small number of operators. The same amount of RAM and constant memory is left out of sight, without attributing it as an achievement or a disadvantage to any of the smartphones.

In everything else, Pixel 4 surpasses its younger brother, with a powerful Snapdragon 855, a double main camera with a telephoto lens, high-quality housing made of glass and metal with moisture protection for IP68. The most important thing in all this is that the novelty cost less, and significantly. Only in this way Google will be able to attract the attention of new customers, because Pixel is for what to love, and the advantages of the device line is much more important than those "teddy" that offer competitors. This quality, stability, support time and reliability.

Google Pixel 4A - when it comes out.

No price and release date information yet. However, many insiders are confident that the smartphone will be the right choice for you.

Please Subscribe to our newsletter,  follow us on FB or IG and get notified of our promotions and new launches!